Next morning, early Steve Hornbeak and I went over to the venue with Sam, and set up our stuff. At the time there was a possibility of “a few scattered thunderstorms” in the area. Before we even got to sound check, and while Sam and I were sitting in the production office, the skies darkened and it began to rain heavily. At one point, we glanced out of the window, and the rain was being blown sideways down the street! “That can’t be right” said Sam. Sure enough, about 5 minutes later, the promoter arrived, looking crestfallen. It seems that the stage had partially collapsed in the wind. We had been hit by a “mini tornado” (contained in a concentrated storm cell), and part of the church next to the stage was close to collapsing. The Police had cordoned off the area. Apparently, Steve Hornbeak was on stage, programming his keyboards, when it hit. He realized very quickly that all was not right, and he even covered my snare drum. Before beating a hasty retreat!

In the end, the local town council abandoned the show. There was a bit of hasty conversation between Sam and the promoter, who was trying to get out of paying him the balance of the fee, but Sam stood by his guns, and the guy came back with cash!

And we all adjourned for an evening meal. 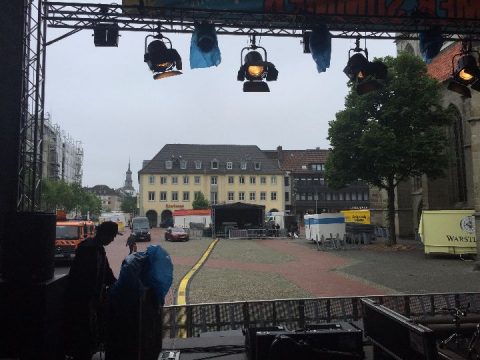 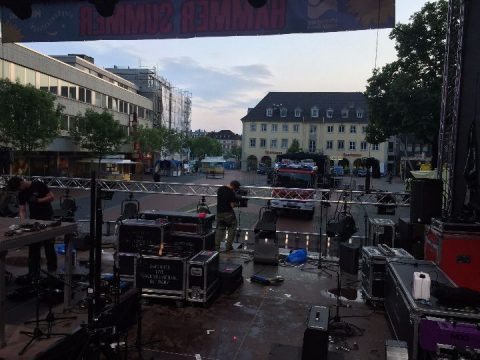 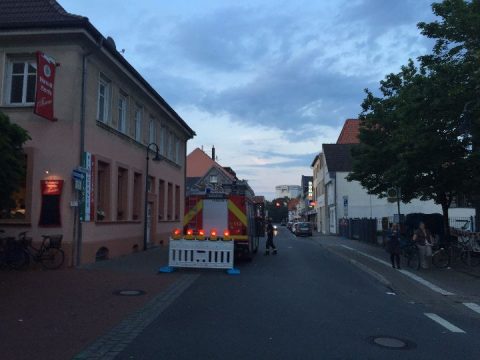 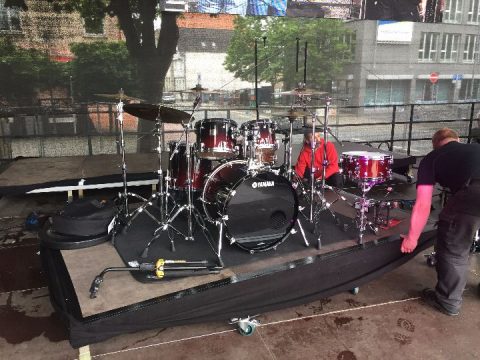 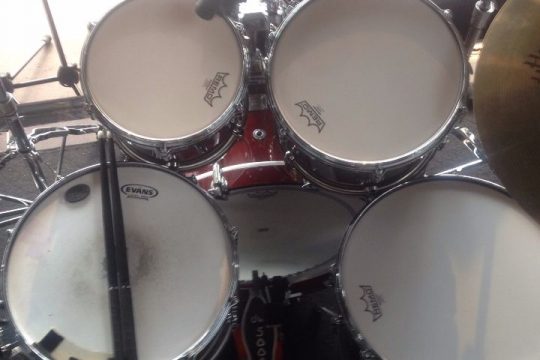 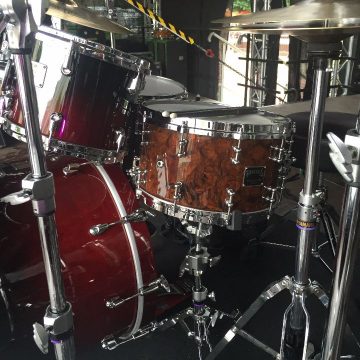 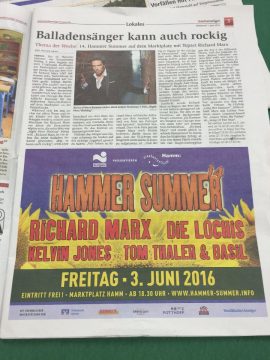