Bleak & desolate doesn’t really describe it. But this part of the world in Mid-Winter is not very hospitable.

That said, this is a nice place. I had a nice dinner with Will, Derek and Leonard after we arrived. The next morning, we decided to run the golf course (despite the temperature being in single-digits). Will cried off (wimp) but Derek, Leonard and I actually wrapped up and went out there (see pics to prove it).

Great gig, as ever!

Next morning, there were already about 5 inches of snow on the ground when I awoke. My flight is last out, and so I was on my own for much of the day. The rest of the “lads” did manage to get off, despite the weather. I suppose Iowa is used to this.

I got to the airport, checked in (first class upgrade) and even got ON the plane, but there was a problem with the fuel gauge in one wing tank, and, despite several attempts to fix it (by revving up the jets and burning off fuel), they eventually had to get us off the plane. As this was the last plane out, and they didn’t have a replacement, I was stuck for the night. Delta Airlines put me up at a local hotel, and rebooked me on a morning flight. SO I had no choice but to spend Valentine’s night in a convention hotel nearby. I ate dinner at the bar (the restaurant was fully booked) and turned in early. By 4.30am I was heading back to the airport to try again. This time everything went without a hitch. I got home early afternoon. 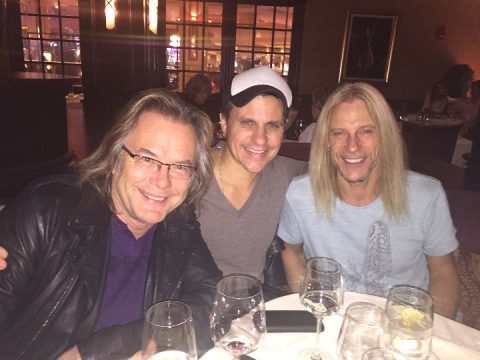 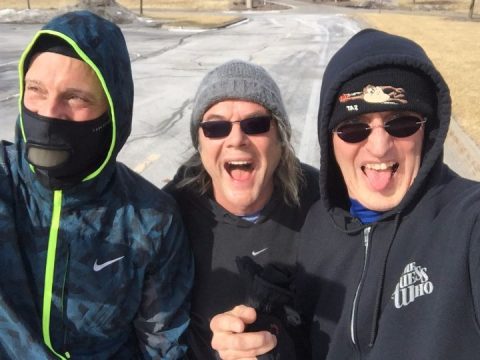